What Is the PSAT 10? Complete Guide 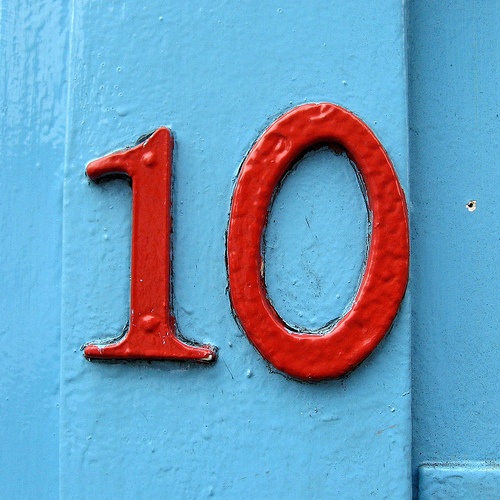 What exactly is the PSAT 10, and why should you consider taking it? Learn all about it here.

The novel coronavirus has also impacted the PSAT. PSAT 10 exams expected to be given in spring 2020 have been cancelled. You can get more information from our article on coronavirus SAT cancellations.

What should you do if you were scheduled to take the PSAT 10? Unfortunately, the College Board doesn't appear to be rescheduling PSATs cancelled this spring. This means you won't take the PSAT this school year, and you'll need to wait until the next school year to take a PSAT.

While this is frustrating, it likely won't hurt you in the long term. The reason to take the PSAT 10 is to prepare yourself for the PSAT/NMSQT and eventual SAT. While you won't get an official PSAT score from this year, you can still get in plenty of practice from official practice PSATs. We also have a guide on how to prepare for the PSAT.

PSAT 10 scores aren't used for college admissions; the main purpose of the exam is to give you an idea of how well you'd score on the PSAT/NMSQT. By using our resources and practicing on your own, you'll have all the resources you need to still excel on the PSAT/NMSQT, even without taking the PSAT 10.

The PSAT 10 is a practice SAT exam that debuted in the 2015-16 school year. It is aligned to the SAT, meaning it has similar question types and the same Reading, Writing, and Math sections. Its scores are based on a total scale of 320-1520.

Unlike the SAT, which is designed for juniors and seniors, the PSAT 10 is designed specifically for sophomores in high school. As a result, its questions are not as difficult as those on the SAT.

It's essential to know that the PSAT 10 is the same test as the PSAT/NMSQT, which is designed for both sophomores and juniors. In other words, all questions, sections, and time limits are the same for these two tests.

So why do these exams have different names then? Here are the two major differences between the PSAT 10 and PSAT/NMSQT:

What Is the PSAT/NMSQT?

As stated above, the PSAT NMSQT is, content-wise, the same test as the PSAT 10. Like the PSAT 10, the PSAT/NMSQT is a practice SAT exam and is thus highly similar to the SAT. However, since the PSAT NMSQT is designed specifically for sophomores and juniors in high school, it's not nearly as difficult as the SAT is. We'll explore the different difficulty levels in detail below.

The PSAT NMSQT can qualify you for the National Merit competition but only if you take it as a junior and get a high enough score on it. While sophomores may take this test, too, they're not eligible for National Merit, no matter how high their scores might be.

Want to get a head start on the PSAT NMQST? We have the industry's leading PSAT prep program. Built by Harvard grads and SAT full scorers, the program learns your strengths and weaknesses through advanced statistics, then customizes your prep program to you so that you get the most effective prep possible.

Timing and Scoring of the PSAT 10

The PSAT 10 is two hours and 45 minutes long, the same length as the PSAT NMSQT. Here are the details of each test section:

The idea behind these similar scoring systems is that the PSAT can be used to predict your score on the SAT; however, it can't predict an exact score since the SAT is a more difficult test. This is why the scoring scales don't match up exactly.

What Does the PSAT 10 Test?

Fortunately, the College Board offers specific guidelines as to how the PSAT differs from the SAT, primarily in terms of difficulty and content. We will summarize this information by section to give you an idea of what to expect on the PSAT 10.

All questions in the PSAT 10 Reading section are multiple choice and based on passages. You'll have 60 minutes to answer 47 questions. Read below for more on what the passages are like and how difficult the questions are.

You'll get four passages and a set of paired passages for which you'll be asked to compare them. Some passages include informational graphics, such as charts, graphs, and tables, and it's your job to be able to break those down and interpret them accurately. In other words, the Reading section goes beyond your basic "read the passage, answer the questions" standardized test.

According to the College Board's comparison of the PSAT and SAT Reading tests, both sections cover text levels from 9th grade to 10th grade, as well as some postsecondary, or college-level, texts. In addition, the difficulty of the graphical representations are deemed "somewhat challenging to challenging" for both the PSAT and SAT.

So what does all of this mean? While the difficulty of Reading passages are generally the same for both tests, the total number of words in these passages differs. The SAT contains 3,250 words total in its passages, whereas the PSAT contains just 3,000 words total.

Both the SAT and PSAT emphasize the following skills, or subscores, in their Reading sections:

Analysis of history/social studies and analysis of science mean that you'll have to analyze patterns in the writing and choose answers explaining how and why certain phenomena are true.

Interpretation of words in context means that you'll be asked to define a word's meaning given its context in the passage. Note that you won't be asked obscure vocab questions.

Finally, command of evidence tests your ability to identify parts or words in a passage that support or give evidence for specific claims, conclusions, and/or interpretations.

Take a look at the official PSAT example question below to get an idea of what a PSAT 10 Reading question looks like. Notice how the emphasis is on what the sentence means in the context of the passage (not shown):

For the PSAT 10 Writing section, you will also be working with passages. But for these questions, you'll be put in the role of an editor who is improving a passage. Like the PSAT 10 Reading section, all questions are multiple choice. You'll have 35 minutes to answer 44 questions.

Passages on the PSAT 10 Writing section are either arguments, informative/explanatory texts or nonfiction narratives. They address topics related to careers, history/social studies, science, and the humanities.

Some passages come with informational graphics, such as charts, graphs, and tables. Passages are long and require you to answer questions about the whole passage's organization and meaning.

However, there is also more fine-grained editing. For example, you might have to determine the correct placement of a comma in part of a sentence.

The texts vary in complexity, from those found in high school classes to college-level. Again, the PSAT 10 covers a very similar variety of texts as those on the SAT Writing section.

Just like on the Reading section, the Writing questions will emphasize the following four subscores:

Moreover, two other subscores called expression of ideas (i.e., topic development, organization, and rhetorical effectiveness) and standard English conventions will be tested. What these mean is that in addition to analyzing passages' meanings, you'll also have to correct their content on a technical level.

Check out the two official sample PSAT Writing questions below:

For the PSAT Math section, you'll get 70 minutes to answer 48 questions. Most questions will be multiple choice, but there are some student-produced (grid-in) responses; these account for about 17% of Math questions.

Here is a brief overview of each Math subsection:

The emphasis in the Math section is on problem solving, modeling, using appropriate tools strategically, and recognizing and using algebraic structures. In practice, this means more story/situation problems than the old SAT/PSAT had. 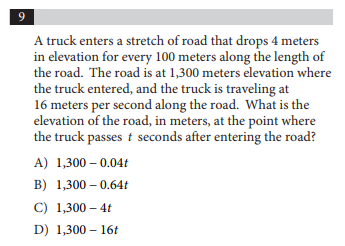 Should You Take the PSAT 10 or the PSAT NMSQT?

Now that you understand what the similarities and differences are between the PSAT 10 and PSAT NMSQT, which test should you take? Below, we give you a few key tips to help you decide whether to take the PSAT 10 or the PSAT NMSQT:

Get a complete guide to the SAT and the PSAT so you can understand how to prep for these two important tests and what you'll need to know to do well on them.

Not sure exactly when you should aim to take the SAT? Get an answer to that question here.

What exactly is National Merit? Learn more about the program here and then get tips on how to win the scholarship.