The 13 Hardest College Majors to Challenge Yourself 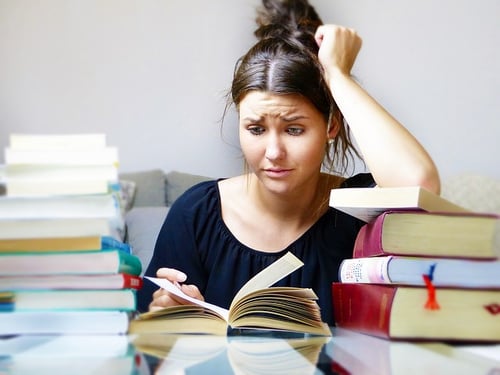 What are the hardest college majors? You might assume it's all those complicated STEM majors—and you wouldn't necessarily be wrong.

In this article, we look at the various factors normally used to determine whether a major is hard before going over the 13 most difficult majors based on how many hours students typically spend each week preparing for classes. We also give you a few tips for finding the right college major for you.

What Makes a College Major Hard?

Before we introduce the hardest college majors, let's clarify exactly what can make a major hard.

The problem with this concept is that there's no single, objective criterion we can use. What's difficult for one student might come totally naturally to the next person.

As a result, what are considered the hardest college majors can vary a lot depending on the student—specifically, on where your natural strengths and passions lie. If you're not particularly good at a subject and/or don't have any deep passion for or interest in it, that major will likely be harder for you.

By contrast, if you're extremely skilled at a subject and are committed to studying it, then you will probably find that major easier than you would other fields you have less experience with and/or are less interested in pursuing.

What I'm essentially trying to say here is that any college major can be hard based on how you define the concept of "hard."

Now, are there any objective factors that can make a college major difficult for students?

Most studies look at one critical factor: the total amount of time students spend preparing for classes in their major(s). The longer students spend doing homework for their major classes and studying for exams, the harder that major is considered to be, objectively speaking.

This is the primary criterion used by most websites and surveys, including the National Survey of Student Engagement (NSSE), which released data in 2016 that detailed the number of hours each week college students typically spent preparing for class.

According to the survey, "preparing for class" encompasses anything from doing homework and studying for exams to reading and writing.

Some websites and organizations consider majors hard based on additional factors, such as how many all-nighters students pulled or how high or low the average GPA for a particular major is (in other words, the lower the GPA, the harder that major is thought to be). Another potential factor to consider on a school level is how many students graduate with a particular major in four years; while there may be other factors at play, majors that tend to take students longer than the average bachelor's degree timespan to finish might be harder (or at the very least, more time-consuming).

Even though what majors are hard for you will depend on what you personally find interesting and easier to do, there are some college majors out there that often require more study time and have more homework, making them objectively harder than other majors.

Below are the 13 hardest majors based on 2016 NSSE data shared with The Tab. 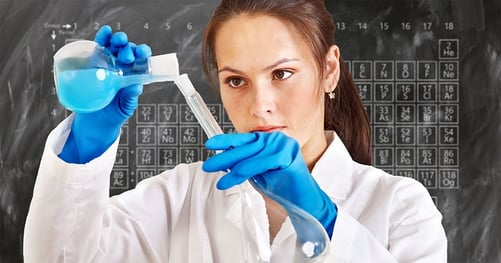 Chemistry majors spend about two and a half hours per day preparing for class each week.

These students study the function, composition, and behavior of matter, and reactions between different forms of matter. They also look at energy. Usual classes required for the major include general chemistry, physics, biology, organic chemistry, calculus, and statistics.

This academic field is all about the human nervous system, including its development, structure, and role, with focus given to the brain and its cognitive properties. As a neuroscience major, you can expect to take classes in psychology, biology, calculus, chemistry, and physics.

Coming in at #11 is mechanical engineering, whose students spend 18.11 hours preparing for class every week.

As an academic discipline, mechanical engineering entails the design, creation, manufacturing, and analysis of mechanical systems—or, more broadly, anything in motion. Course topics for this major generally include physics, calculus, chemistry, dynamics and controls, thermal sciences, and design and manufacturing.

In this engineering major, students learn all about the extraction and production of oil and natural gas. Classes required for a program in petroleum engineering can include properties of petroleum fluids, energy and the environment, reservoir geomechanics, calculus, geology, chemistry, physics, and petrophysics.

At #9 on our list is bioengineering. Students majoring in this spend just under 18 and a half hours per week preparing for courses.

Also called biological engineering, bioengineering integrates biological and engineering principles to create usable products, such as medical devices and diagnostic equipment. Classes needed for bioengineering majors can vary depending on the track you choose but typically include statistics, chemistry, biology, computer programming, biochemistry, and science of materials.

Biochemistry or biophysics majors come in 8th place for hardest major, with an average of 18 and a half hours spent getting ready for class every week.

Students majoring in biochemistry, or biological chemistry, look closely at the chemical processes and substances in living organisms. Biophysics is similar: it involves using the main principles of physics to study organisms and biological phenomena. Basically, the two fields are a lot alike and really only differ in their approaches.

As a biochemistry/biophysics major, you'll likely have to take classes in biology, chemistry, physics, and math, as well as specialized classes that cover topics such as genetics, cell biology, physiology, neurobiology, evolutionary biology, and computing. 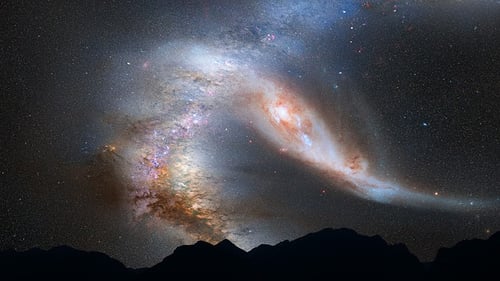 Spending slightly more than 18 and a half hours a week preparing for class are astronomy majors, who currently rank #7 for hardest college majors.

Astronomy entails the study of celestial objects (such as planets, asteroids, and stars) and related phenomena like supernovae and black holes. Students in this major typically must take classes in physics, calculus, computer science, astrophysics, cosmology, and planetary geology.

Like astronomy majors, physics majors spend a little more than 18 hours and 30 minutes per week preparing for courses.

In a physics major, students learn about the movement and properties of matter through time and space, as well as the concepts of force and energy. Common topics covered in classes are quantum physics, electricity, magnetism, vibrations and waves, thermodynamics, and gravity.

We are now entering the top five hardest majors! Cell and molecular biology majors devote about 18 hours and 40 minutes a week to class preparation.

At #3 on the list of the hardest college majors is aero and astronautical engineering. Students in this major normally spend around 19 hours and 15 minutes a week preparing for class.

On to the top two! The second-hardest college major and hardest engineering major is chemical engineering; students in this field spend an average of 19 hours and 40 minutes a week preparing for class. 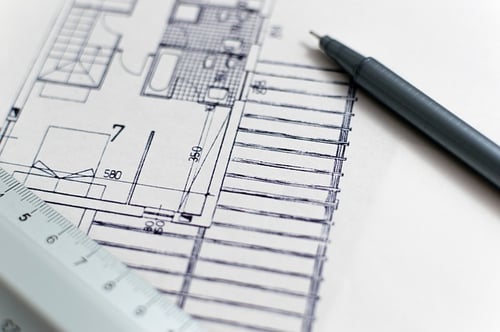 Topping this list of the hardest college majors are architect majors, who spend a whopping 22.2 hours a week on average preparing for classes—that's more than two hours more each week than what chemical engineering students spend!

Architecture majors learn how to design and build structures in addition to studying the history and theory behind architecture. Courses needed for this major include calculus, physics, design processes, design theory, history of architecture, urban design, and art history.

How to Find the Right Major for You: 3 Key Factors

These are the hardest college majors based on the amount of preparation they typically require. The real question now is this: which major should you choose?

This is an important question to think about, both before and while you're in college. So how can you make sure you're choosing the right major for you?

First off, don't be tempted to choose a major simply because of its perceived difficulty. Though it might sound impressive to choose one of the hardest college majors, if you're not passionate about the field or don't want a career in it, it likely won't be worth majoring in.

At the same time, don't avoid one of the most difficult majors purely because it's known as being one of the harder ones. If you're committed to pursuing a career in architecture, for example, then go ahead and major in architecture—don't pick something else just because you're scared of how hard it might be! Most likely, another major simply won't make you happy and you won't feel nearly as fulfilled had you just opted for the major you initially wanted.

Ultimately, there are three key factors you'll want to think about before choosing a major:

These are the main factors to consider before you commit to a major in college.

Note that it's OK if you're undecided on your major when you start college—not all schools require you to declare a major in your application anyway. Still, you should definitely take some time to explore your options to help you figure out what your ideal course of study might be.

Recap: What Is the Hardest Major in College?

Still, this hasn't stopped people from trying to come up with lists of the hardest college majors.

A 2016 study called the NSSE surveyed US college students, asking how many hours they normally spend preparing for classes each week. The study then divided these answers up by major to give a rough idea as to which majors generally required more preparation time than others.

We've used the results of this study to put together a list of the 13 hardest college majors based on the average number of hours students spent preparing for class:


When it comes to finding the right major for you, don't choose (or avoid!) majors simply based on their perceived difficulty. Instead, try to take into account your passions and interests, your abilities, and your career goals. These are what will help you figure out your ideal major!

You know what the hardest majors are, but what about the easiest majors? We looked at average GPAs to come up with a list of the 14 easiest majors.

Which majors are most likely to earn you lots of money? Get the answer to which majors are highest paying and which fields are the best for finding a job.

What are the worst majors in terms of salaries and employment? Check out what we've found in our in-depth post.

What are the most unusual majors? Learn more about which colleges have more out-there majors and which let you design your own path.