7th Grade ACT Prep: How to Ace the Exam 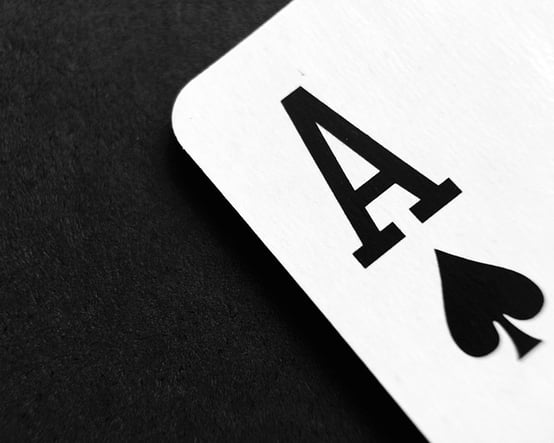 Even though there are plenty of other standardized tests for younger students like ACT Aspire or the PSAT, there are still many middle schoolers every year who take the ACT. 7th grade is definitely a bit earlier than most people take a college entrance exam, but it's possible you might have to take it as part of an academic talent search or want to take it to see what it's like.

Why Take the 7th Grade ACT?

There are two main reasons why you'd want to take the ACT as a middle schooler. The biggest reason is that 7th grade ACT scores are an integral part of several talent search programs, like Duke TIP and Johns Hopkins' CTY. These programs provide academic enrichment and summer programs for advanced students, which can be a great way to discover a subject you're passionate about that you can then pursue in more depth in high school or college.

The only other real reason to take the ACT so early is if you want to start laying the groundwork for when you take the ACT in high school to apply to colleges. Because you won't have learned a significant chunk of the content on the test yet in school (particularly on the math section), you're probably not going to want to use your 7th grade ACT score to apply to colleges. But if you live in an ACT-mandatory state and will end up taking the ACT before you graduate from high school for free anyway, it's not the worst idea in the world to get an early preview of what the test is like.

If you’re taking the ACT to take part in a talent search or summer program of some sort, you have a relatively tight timeline to work with.

With a short amount of time to study for the ACT, you'll need to use strategies similar to those used by juniors and seniors prepping for the test. This means studying for the test with official ACT practice tests and questions to get the most accurate picture of what will be covered on the real test. While you by no means need a perfect or even close to perfect score on the ACT in order to qualify for summer programs, you also don't want to stroll into the room on test day and be completely surprised by the format and question style of the test. 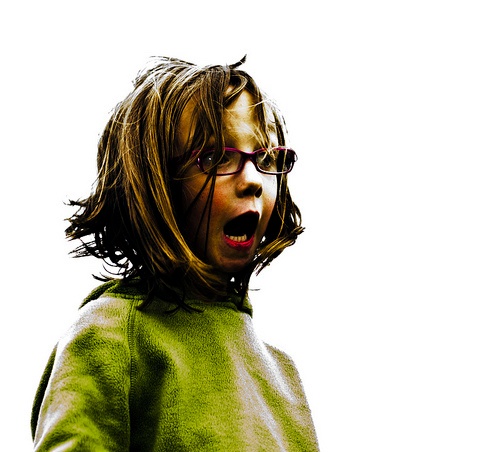 There are non-multiple choice Math questions???

You're also going to want to take at least a couple of realistic timed practice tests (rather than just answering questions or doing the test a section at a time). This exercise is particularly valuable for 7th graders because as a younger student, you'll likely have less test-taking stamina, simply because you won't have had as many years of lengthy test-taking in school yet as a high school student. The ACT is a little over three hours long with breaks (or almost four hours if you take ACT with Writing), so you'll need to work up to being able to sit down and concentrate on the test for that long a period of time without losing focus.

Other ACT prep strategies used by high school students can be modified and used by younger students as well. Before you start studying for the test, you should figure out what specific score you need to aim for in order to meet your goals. Rather than averaging the average scores of the colleges you want to get into, you should set your target ACT score based on the average scores of the summer programs you want to apply to. You can then adjust your test-taking strategy accordingly.

The most important adjustment to make to your test-taking strategy as a 7th grader is to not be afraid to skip questions. If you only need to aim for a 25 on each section, you can afford to skip the harder questions or topics you haven't learned about yet and maximize the time you spend on questions you actually can answer. For more strategies like these, including precisely how many questions you can skip to get to your target score, read our articles on how to improve low ACT English, Math, Reading, and Science scores, which focus on getting students up to a 26 score (rather than a perfect ACT score). 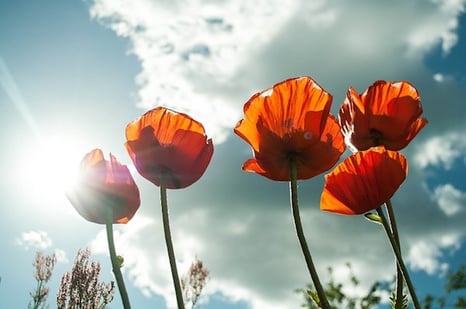 Starting to prepare for college applications early is a much weaker reason to study for and take the ACT in 7th grade. Prepping so early for the ACT means you don't have the content knowledge you need to do your best on the test. While it is possible to teach yourself some of the content, you may find that there's ultimately a limit to what you can achieve on your own without first learning the subject (like trig) in school first.

It's also unlikely that casual 7th grade ACT prep will have any benefit for you when you get to the middle of high school and take it again for colleges. Sure, you might be slightly more familiar with the format of the test, but that's something you could achieve much more easily and effectively by starting to prep for the ACT in a focused way in 9th grade. And as a sidenote, although colleges probably won't care about your 7th grade ACT score, any time you take the ACT it does technically remain on your permanent ACT record.

The good news is that if you want to take the ACT early as part of preparing to apply to college or pass the ACT later on in high school, you have a much looser timeframe to work with than if you needed to take it for a talent search. Since you don't have program deadlines, you can take the ACT at any point during middle school, whether during the 7th grade school year or not. You’ll have plenty of opportunities to take the test again before college applications, so it's not like your score now is final. 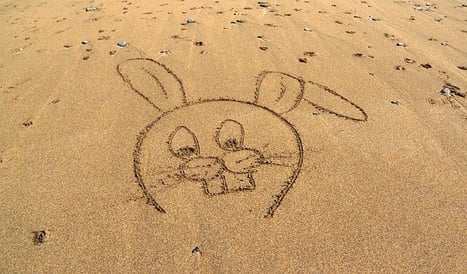 Your 7th grade ACT score is about as final as this rabbit drawn in the sand.

Unlike the juniors taking the test, you won't have learned all of the content yet in school, and as I said above, some of it you might not be able to teach yourself. Instead of banging your head against the wall of radians and matrices, you should focus your studying on areas like Reading and English, which don't necessarily require the same kind of knowledge base that ACT Math does, particularly if you're a native English speaker.

For ACT Reading, you can practice reading at a higher level by reading short stories and nonfiction writing. Our article on the best way to practice ACT Reading has some great tips for free online sources you can use for both of these types of literature. You can also use vocabulary lists to bolster your knowledge of more advanced vocab and how to use them in context.

By reading more advanced writing, you'll internalize some stylistic and grammatical rules that are important for both ACT English and ACT Writing, but if you want an explicit list of what you need to know for ACT English, we have a complete guide to all the grammar rules covered on that portion of the test. We also have some great articles ACT Writing, including how to write the essay, step by step, what the format of the essay is, and how the ACT essay is scored.

The ACT Science test doesn't require a lot of specific science knowledge. Instead, you'll need to be skilled at reading charts, graphs, and tables and being able to combine information from them and the text to answer questions. For this reason, even students who aren't "science" people can do perfectly well on ACT Science. And when it comes to ACT Math, you can at least start to get familiar with the math you haven't covered yet in school with our great guides to subjects like algebra and trigonometry.

For the most part, though, while you can start to prep for the ACT in 7th grade, if the only reason you're studying for it is as prep for college applications, we don't recommend taking it that early. 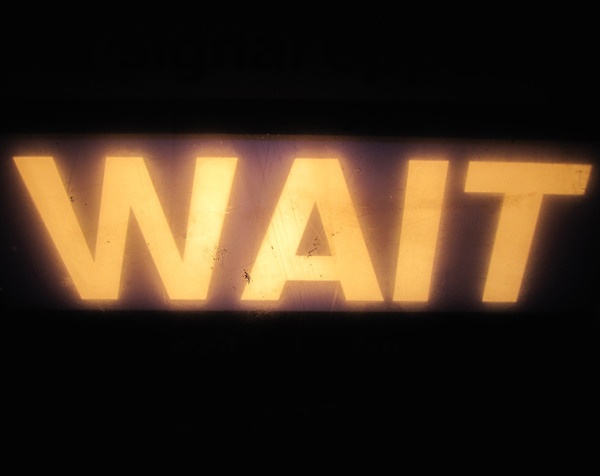 The ACT for 7th Graders: The Bottom Line

Depending on why you’re studying for or taking the ACT in 7th grade, you’ll need to adjust how you study. If you're taking it in order to qualify for summer programs, you’ll have less time to study before taking the test, so you should focus on practicing with real ACTs and studying strategies like skipping questions you can't answer.

On the other hand, if your 7th grade ACT prep is early training for college or high school, you’ll have more time to study before taking the test, so you should focus more on learning content you don’t know and getting familiar with the test structure before moving on to testing strategies and full-length practice tests. For more on the content-to-strategy ratio in studying, read about how to start early on preparing for the SAT—many of the tips in it are applicable to students taking the ACT as well.

Above all, don’t be discouraged by a low 7th grade ACT score. Remember, you’re competing against high school juniors and seniors who are taking this test to get into college or graduate high school. These students might approach the ACT more seriously because it’s more important to their future college prospects, spend more time prepping or have prepped in school, and generally know more of the content because of having covered it in school repeatedly. 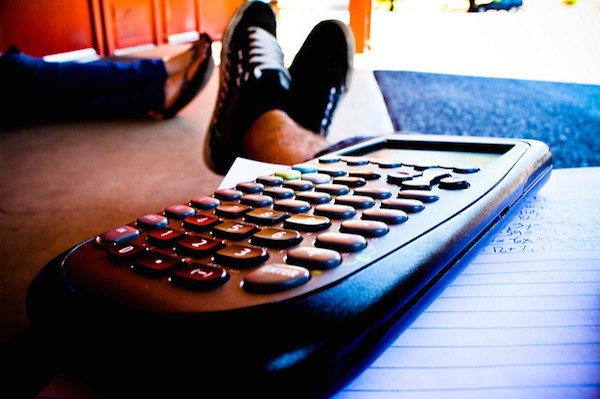 Now you know how to get a great 7th grade ACT score, but is it really worth taking the test so early? Learn more about the pros and cons of taking the ACT in 7th grade here.

How are you doing on practice tests compared to other middle-school ACT test-takers? Find out with our articles about the average ACT score for 7th graders and good ACT scores for 8th graders.