Is the New 2016 SAT a Reaction to the Common Core? 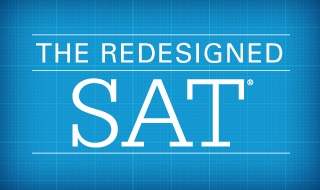 You know the SAT was just revised. But were those changes driven by the Common Core? And why would that matter? Read on to find out—and to be prepared for the revised SAT!

As you probably know, the SAT is underwent a pretty dramatic change in March 2016. You may be wondering: was this change caused by the new Common Core standards?

Although the College Board denies this connection, the signs point to yes.

In you're interested, you can read more about how David Coleman specifically drove the SAT changes, and how his work designing the Common Core was a big motivator.

However, an Education Week analysis convincingly shows Common Core standards seem to have driven the new SAT changes. Check out a summary of that analysis below:

Even if College Board doesn't say so explicitly, it seems pretty clear that many of the new SAT changes bring the test in line with Common Core. Let's take a look at what that means in action.

What do the Common Core-inspired SAT changes actually look like? We will walk through an SAT Reading and an SAT Math example to show you.

To begin with, the new SAT Reading has added questions that ask you to use evidence. The old SAT never asked you for evidence directly. See the example below: 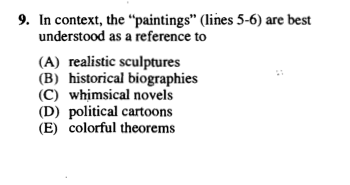 You would definitely need to read and understand the passage to get this question right, but the old SAT wouldn't ask you how you know that, say, B is the right answer as opposed to E.

But on the new SAT, there are follow-up questions that ask for evidence, reflecting the Common Core goal to have students use direct evidence from their reading. Check out an example:

Not only do you have to figure out "the reason Jordan draws a distinction between two types of 'parties,'" but you need to know exactly which part of the passage explains why the answer you pick is correct. This is a Common Core-inspired change!

We can see evidence of the Common Core affecting SAT Reading. But what about SAT Math?  The old SAT included math questions that relied on students to use logic to solve them, rather than applying Algebra or Geometry, like this question below: 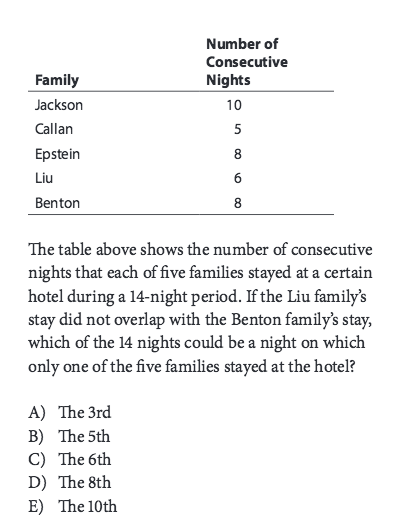 This question doesn't explicitly test algebra or geometry. Rather, it tests a student's logic skills. You could solve it by sketching a calendar and assigning certain families certain dates, working until you figure out the date that only one family stayed at the hotel. It probably looks quite different than the problems you normally see in math class. (Incidentally, the LSAT, the test you have to take to apply to law school, has a whole section with questions like these. Future lawyers take note!)

The new SAT will remove these logic-based, puzzle-like questions in favor of questions that specifically test Algebra, Geometry, and other math concepts. The revised SAT includes more problems that model real-world situations using Algebra, Geometry, and the like. This speaks to the Common Core's call for math to have direct real-world applications. Check out the example below: 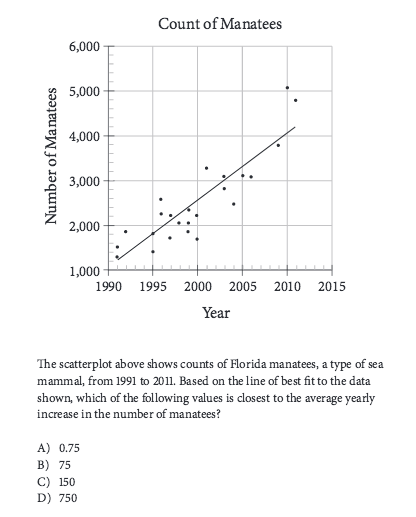 This problem models a real world situation: counts of Florida manatees. But it also tests a statistics concept: a scatterplot graph with a line of best fit. To get this question right, you have to be familiar with statistics (and be able to read a graph) and understand the context of the problem and how it affects the graph.

This example reflects how the SAT is changing to reflect the Common Core goals for math: not only including more real-world applications but also refocusing on core math concepts.

The PSAT is Changing Too

It’s also worth noting that the practice SAT (a.k.a. the PSAT) has been redesigned as well, so it will be fairly similar to the new SAT. In other words, the PSAT changes also seem to be affected by the Common Core.

In addition to changing the PSAT, College Board has created more tests – the PSAT 10 and the PSAT 8/9 – to bring SAT-style testing to younger students. PSAT 10 and PSAT 8/9 also have similar question types and goals to the new SAT, though they're less difficult.

The creation of more tests for more age levels reflects a Common Core goal to measure progress more often. And the fact that College Board has made these tests shows they hope that schools choosing among the different tests for Common Core will choose College Board and the PSAT (as opposed to ACT Aspire, PARCC, or Smarter Balanced).

If you will be taking the PSAT this year, and want an idea of what's like, you can get a PSAT practice test here. But you shouldn't stress over the PSAT. Even if your school is implementing the PSAT 8/9 or PSAT 10, these tests are just for practice ("practice" is right there in the test name!). Unless you have your heart set on a National Merit Scholarship, save your energy for the real SAT.

So How Should I Prepare for the New SAT?

You may be wondering how to prepare for the new SAT, since given the analysis above, it seems to be changing a lot to reflect the Common Core!

First of all, if your school has implemented Common Core, what you’re learning in school will be more relevant to the SAT than it was in the past. The SAT used to test things including obscure vocabulary and logic-based math puzzles that were pretty far away from what you learned in school. With the new SAT, it’s more likely that what you learn in school will actually help you prepare. 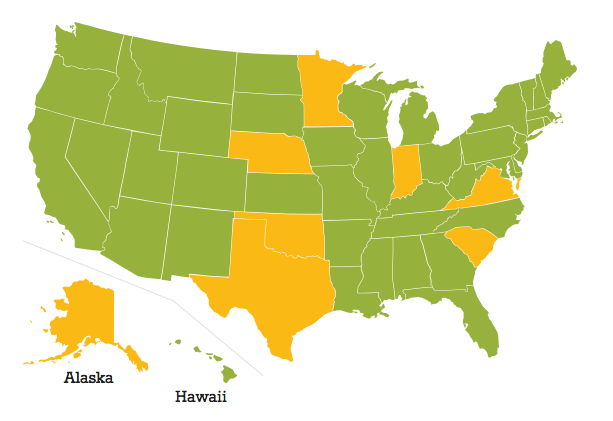 If you live in one of the green states, that means your state has adopted Common Core, which should help you study for the new SAT.

But rather than worrying about how the Common Core is changing the SAT, we suggest you just focus on studying for the revised SAT itself.

Even though the SAT has changed the way it asks certain questions and trying to be more modern, at the end of the day, it’s still a multiple-choice test. You can improve your score if you put in some serious study hours and make sure you're prepared.

We have written a complete guide about how to study for the new SAT, and have more specific advice on studying for new SAT vocabulary. But most important is our complete guide to the New SAT in 2016 – if you can understand the test, regardless of what caused it to change, you can do well.

While the ACT is undergoing some changes to reflect Common Core, they’re not as dramatic. Find out if you should consider taking the ACT instead of the new 2016 SAT.

If you decide to take the ACT, learn about the best prep books and get access to free online practice tests.

If you decide to take the new SAT, get a preliminary guide to studying for it.